Since the closure of the Brielse Gat estuary in 1952 and the Haringvliet inlet in 1970, the dunes and the beach along the Voorne island coast have been suffering from sand deficit. Too much sand is disappearing into the ocean, which jeopardises the coast and the dunes. To combat this sand deficit, the Hollandse Delta district water board implemented several measures in 2009 and 2010. 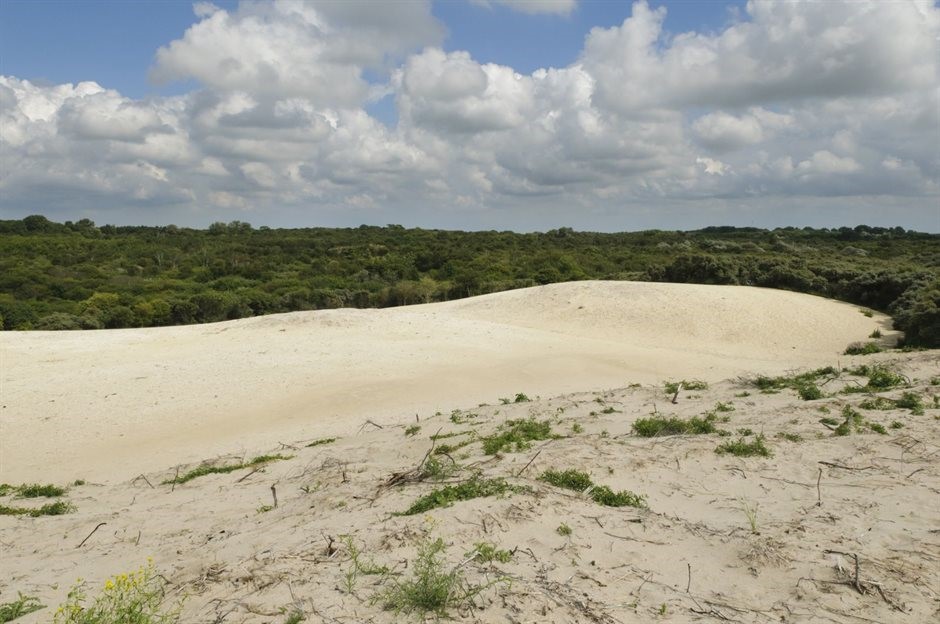 To reinforce the coast and the dunes, the Hollandse Delta district water board created a wide chain of dunes and raised the beach over a 4-kilometre stretch. This measure cost a total of 19.4 million euros.

In addition, the water board joined forces with several parties to restore the dune area near the tip of the island of Voorne. The dunes were covered in sea buckthorn. In 2010, all these bushes were removed. In addition, the top layer of sand was removed and replaced with higher grade sand. The total cost of this repair operation – 500,000 euros – was funded from the climate buffer grant provided by the former Dutch Ministry for Housing, Spatial Planning and the Environment.

Why have the buckthorn bushes been removed?

In 1987, the dunes were reinforced with sea sand deposits in order to have white dunes develop. However, as the sand contained sludge, sea buckthorn bushes grew all over the dunes. They prevented the sand supplied by the wind from taking hold, which stunted the growth of the dunes. Now that the buckthorn bushes have gone, the wind can once again deposit additional sand on the dunes, which helps to reinforce the coast. Furthermore, the lime in the sand benefits the growth of new plants.

Which parties have been involved in this climate buffer?

In this climate buffer project, the Hollandse Delta district water board has collaborated with the province of Zuid-Holland, Rijkswaterstaat, the municipality of Westvoorne, Natuurmonumenten, and several stakeholders.