Leeuwarden intends to be climate-adaptive by 2035

In 2018, the municipality of Leeuwarden set up the Volhoudbaar [Maintainable] programme. This sets out the measures that Leeuwarden intends to take to become a climate neutral and climate adaptive city, with a circular economy. The municipality will be addressing the various taskings in an integrated manner. The Volhoudbaar programme comprises an adaptation strategy to combat the impact of climate change.

How has the adaptation strategy been developed?

With its adaptation strategy, Leeuwarden is tying in with the ambitions formulated in the Delta Plan on Spatial Adaptation, dating from 2018. Furthermore, Leeuwarden is participating in the Friesland Administrative Agreement on the Water Chain, under which municipalities in Friesland, the Wetterskip Fryslân district water board, Vitens drinking water company, and the provincial authorities have joined forces in the pursuit of future-proofing the water chain in Friesland. 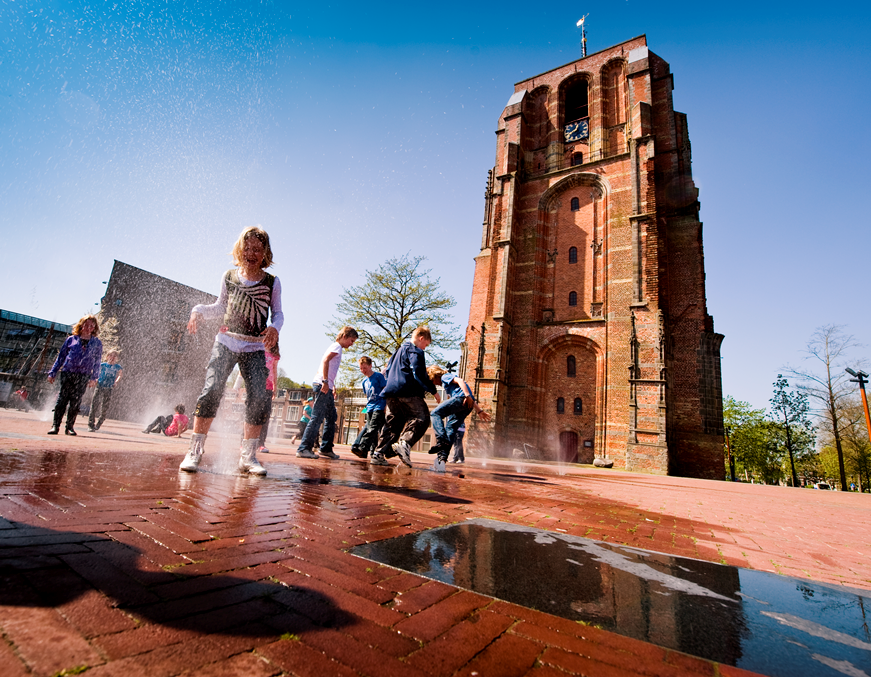 What views does Leeuwarden hold?

Leeuwarden intends to be a climate-adaptive municipality by 2035. This means that by then, it will have embedded climate adaptation in its municipal policies. In order to prepare for the effects of waterlogging, drought, and heat, Leeuwarden aims to render the living environment climate-adaptive. The efforts will focus on the public space. In addition, the municipality aims to collaborate with residents, businesses, and NGOs.

What goals are set out in the adaptation strategy?

In order to meet the ambitions of the Delta Plan on Spatial Adaptation, Leeuwarden has formulated the following strategic goals:

What does the adaptation strategy involve?

The Leeuwarden adaptation strategy is based on the Analysis – Ambition – Action method, which is also used in the Delta Plan on Spatial Adaptation. The strategy sets out, for example:

What actions ensue from the strategy?

In the pursuit of climate resilience, Leeuwarden has conducted a stress test for the urban areas, together with all the other municipalities in Friesland and the district water board. A random selection of other actions ensuing from the strategy: