Several residential areas in the cities of Den Bosch and Vlijmen were prone to flooding as a result of high water levels in the river Meuse and peak discharge volumes in the rivers Aa and Dommel. In 2012, this prompted the construction of a water storage area between the cities of Den Bosch, Heusden, and Vlijmen. This Vlijmen-Den Bosch climate buffer was completed in 2016. 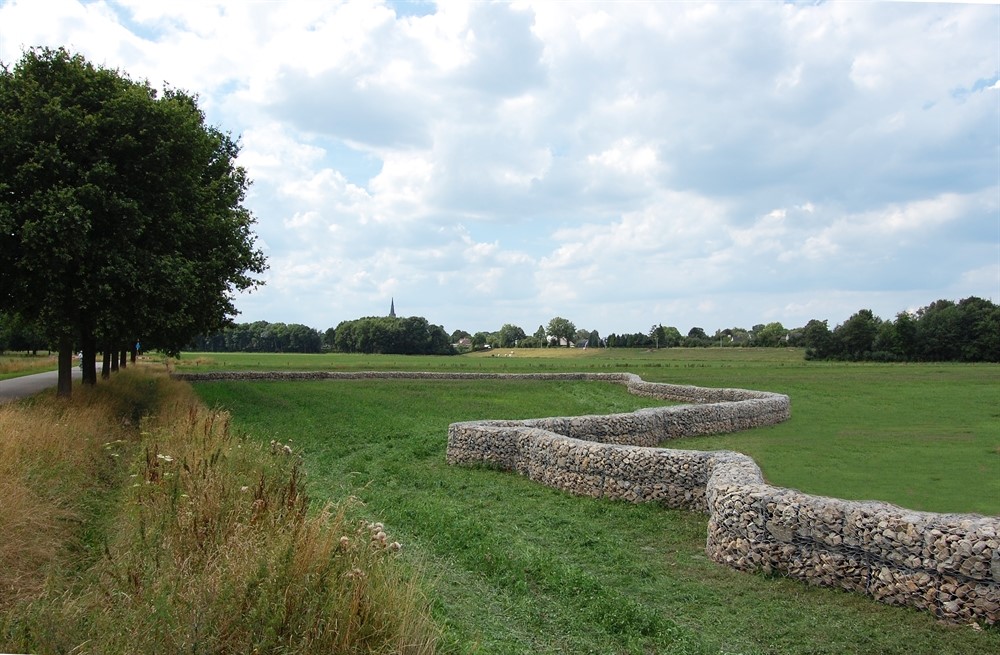 What was the goal of the project?

The climate buffer formed part of the comprehensive Den Bosch Flood Protection project, for which 750 hectares of farmland, nature reserves, and recreational areas west of Den Bosch were linked together. The goal was to have the area provide water storage. An additional goal was to create an ecological connection between the “Moerputten” and “Sompen and Zooislagen” nature reserves. Furthermore, the parties intended to enhance the area’s appeal to visitors.

What measures have been taken?

The following measures have been implemented to create water storage options in the area:

What are the results?

The main result of the project is that the area between Den Bosch, Heusden, and Vlijmen is now capable of collecting water during extreme precipitation occurring once every 75 to 100 years. Since water is not only collected but also retained, the area will additionally help to combat dehydration. The ecological connection, the banks and pools, and agricultural nature management are enhancing the natural environment. Furthermore, the measures have improved water quality and increased the appeal of the area to visitors.