LIFE-IP Climate Adaptation (2022-2027) is a Dutch programme, co-funded by the European Union (EU). It comprises measures to expedite the implementation of climate adaptation measures in the Netherlands. The EU grant totals nearly 10 million euros. The consortium of 22 government bodies and organisations carries out the programme and is contributing an additional 7 million euros. Coordination of the programme is in the hands of the Ministry of Infrastructure and Water Management (IenW) and the National Institute for Public Health and the Environment (RIVM). Thus, the programme will be establishing a manifest link between the climate and public health. 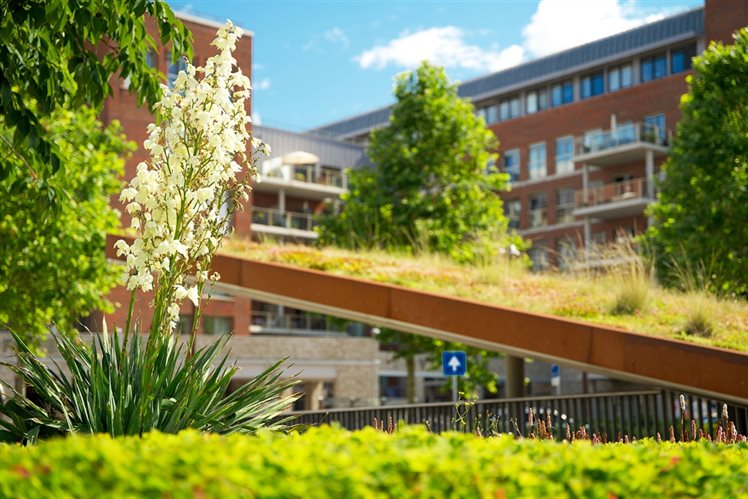 Increasingly more government bodies, businesses, NGOs, and individual residents are actively engaging in climate adaptation. They are pursuing a common goal: ensuring that the Netherlands will be resilient against climate change by 2050. They are designing neighbourhoods and houses that are capable of withstanding heat, drought, and waterlogging. In addition, they are taking a host of other measures. They are expending their efforts under the National Climate Adaptation Strategy (NAS) and the Delta Plan on Spatial Adaptation.

So a lot is happening already, but we can do even better, according to the experts. We can implement all these measures faster and more efficiently if we organise them more intelligently. For example, by linking measures and exchanging knowledge and experience more efficiently.

The programme was approved by the end of 2021. Download the programme (pdf, 9.6 MB). It sets out how the consortium will accelerate climate adaptation through collaboration.

These are the four cogs:

The years ahead will see the implementation of twenty projects, the so-called cog projects, each of which is linked to one of the four cogs. Implementation is in the hands of the participating parties: provinces, municipalities, district water boards, community health services, government agencies, and the Dutch Federation of Agriculture and Horticulture (LTO-Noord). All twenty cog projects are model projects. The know-how and experience generated by these projects will be actively disseminated via campaigns focused on communication, on networking between stakeholders, and on the reproducibility and dissemination of the results at home and abroad. These campaigns are referred to as the expediting campaigns.