The TEEB City Tool provides more insight into the value of greenery, not only in terms of economic value, but also in social values such as enjoyment of residence and health. The tool calculates several positive effects of green and blue measures in a project. For example, how do green roofs contribute to energy saving? How does the construction of a park affect the real estate value of houses in that neighbourhood? What effect does greenery have on air quality, on rainwater storage in the soil, and on carbon dioxide sequestration in trees?

What is TEEB City?

TEEB, The Economics of Ecosystems and Biodiversity, is a global United Nations initiative launched in 2007. TEEB aims to acknowledge and record the value of eco system services and biodiversity. The TEEB City Tool was developed in 2013. The Dutch National Institute for Public Health and the Environment RIVM has been operating this tool since 2016, as a component of the Natural Capital Atlas. The tool also outlines how the values have been calculated and what underlying studies have been used. 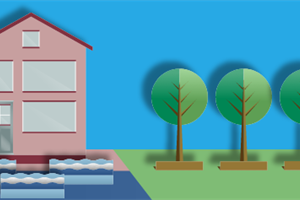