What greenery can do tool

Greenery is often perceived as a climate adaptation resource, because greenery serves multiple purposes. Urban greenery offers many benefits, such as air purification, CO2 capture, water storage, creating social cohesion, and reducing absence due to illness. The above benefits sound logical, yet they are not always taken into consideration in the assessment of urban greenery investments. In many cases, greenery is regarded as a cost item. The “What greenery can do” tool calculates the added value of greenery in cities. The tool expresses the monetary value of greenery, based on scientific publications. The tool demonstrates that investments in urban greenery are not just a cost item but also yield many benefits. Furthermore, the tool encourages parties to collectively review the added value of urban greenery to outdoor spaces and society. 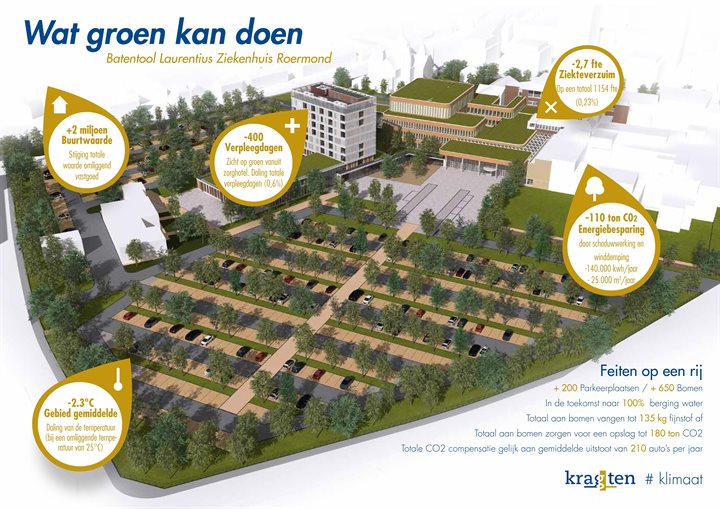