The Synthesis Document (pdf, 4.4 MB) of the New Urban Developments and Restructuring sub-programme (DPNH) reflects the essence of five years of research, collaboration, and decision-making, aimed at an approach intended to keep the water taskings up to par in the future and to limit the impact of climate change.

A five-year process that has resulted in the Delta Decision on Spatial Adaptation. This is not an end point but rather the beginning of a transition that is commencing now. In the years ahead, we will need to work hard to realise the ambitions set. The Delta Decision on Spatial Adaptation is available on the website of the Delta Programme Commissioner. The Analysis, Ambition and Action steps are explained from page 31 onward.

Essence of the Delta Decision on Spatial Adaptation 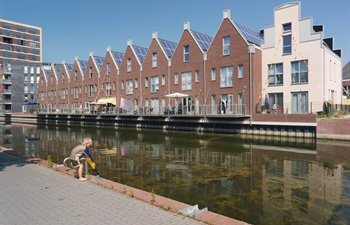