Monitoring and evaluation of the Delta Plan on Spatial Adaptation

In 2014, the aggregate Dutch governments set down the goal of having the Netherlands optimally climate-proof and water-resilient by 2050. This goal was set down in the Delta Plan on Spatial Adaptation and elaborated into seven ambitions with specific short-term and medium-term agreements. The national government monitors and evaluates the agreements with the local and regional governments annually via 45 Working Regions. The results are presented as a monitoring report contained in the annual Delta Programme that the Delta Programme Commissioner submits to the House of Representatives upon the state opening of Parliament in September.

What is the purpose of the monitoring report?

The monitoring report is intended to gain insight into the progress made with respect to the goals and actions set out in the Delta Plan on Spatial Adaptation. If need be, these goals and actions can subsequently be fine-tuned or adapted.

What does the most recent monitoring report say?

The most recent monitoring report was submitted to the House of Representatives in September 2021. This monitoring report was based on interviews with Working Regions and on the position paper drawn up by the Association of Provincial Authorities (IPO), which outlines the views and points of departure of the provinces.

Some key conclusions from the interviews with the Working Regions:

How have the Working Regions been interviewed?

In 2021, the Ministry of Infrastructure and Water Management commissioned the Climate-proof Together Platform to contact 50 to 75 per cent of the Working Regions by telephone and interview them on their progress in terms of climate adaptation. The platform also inquired about any obstacles a Region encountered and about the processes for which the Delta Plan on Spatial Adaptation could provide more support. The outcomes of the interviews were presented to the Working Regions in the form of a progress report (pdf, 1.4 MB).

How was progress monitored prior to 2021?

Prior to 2021, the Ministry of Infrastructure and Water Management requested the Working Regions to fill in a questionnaire: the monitor. The information from these questionnaires was used to draw up a progress report. The progress reports on 2019 and 2020, and the interim evaluation of 2017 are listed below. 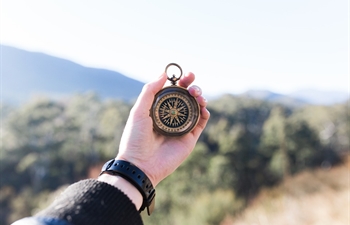