Climate change is impacting us more rapidly and more severely than had been expected. Consequences such as waterlogging, drought and heat are affecting all of us, yet they also open up opportunities: by adjusting to the changing climate and collectively embracing climate adaptation, we can make the Netherlands safer, more beautiful, and smarter. The National Climate Adaptation Strategy (pdf, 14 MB) (NAS) sets the course for climate-proofing the Netherlands. The strategy gives impetus to new climate adaptation initiatives, whilst expediting and expanding existing initiatives.

What does the NAS set out?

The NAS provides an overview of the main climate risks. Some climate risks need to be addressed more urgently than others, for example, due to a lack of knowledge or policy. Spearheads have been set down, based on the six most urgent climate risks. The NAS constitutes the Dutch response to the European Commission’s appeal to all the member states to draw up a climate adaptation strategy by no later than 2017. The NAS was submitted to the Cabinet at the end of 2016 and endorsed by the new House of Representatives at the end of 2017.

Review and perspective for the future

In their report entitled National climate adaptation perspective (pdf, 2.8 MB) (in Dutch), published in February 2020, the NAS Programme Team reviews the accomplishments. The report also contains guidelines for a NAS working programme for 2020 and beyond. Three points of attention are important in this respect: 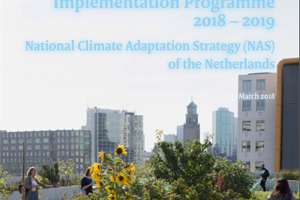 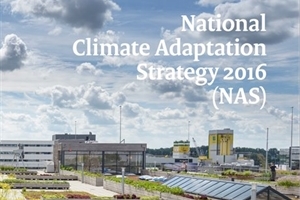 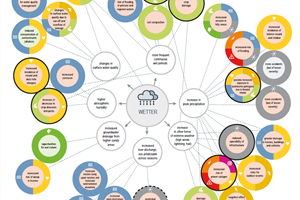 Go to the conceptual diagrams 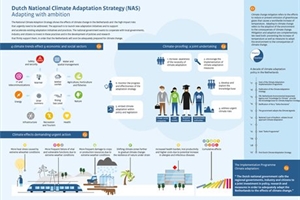